MAPs are tools designed to help individuals, organisations and families to figure out how to move into the future effectively and creatively.

MAPs are a planning style developed by Judith Snow, Jack Pearpoint and Marsha Forest with support from John O‘Brien and others.

They were first used as a tool for helping disabled children to integrate into mainstream schools, but they are now used more widely in person-centred planning with children and adults.

A MAP is typically used in a meeting lasting 2-3 hours with the person and those close to her. It can also be used one-to-one. If used in a meeting, it is essential that there are two facilitators – one to guide the process and the second to record it graphically. The MAP process has eight steps.

This is a warm-up for the group. The facilitator asks people to think of words or images to describe a map. The answers they come up with, such as ‘helps people to find their way through unknown territory’ or ‘helps people to see where they are now and where they need to go’, sum up the point of the meeting.

This step allows the individual and those who have known her a long time to describe what has happened to her in the past. Often, the past is a revelation to others at the meeting and goes a long way to making sense of the present. Other people become more aware of how much loss the person has suffered in her life, or perhaps of how much of her life has been spent in segregated settings.

Step 3 - What are your dreams?

Dreaming is central to the MAP process. The person is invited to share her dream, and other people may contribute their ideas with the person’s permission.

Sometimes, people will choose to dream metaphorically. One person said that her dream was encapsulated in a pair of ballet shoes. It was not that she wished to be a ballerina, but that she wanted to have the lightness, speed and agility of a dancer in all the work that she did. The image of ballet shoes had been powerful to her as a child, and was still powerful in a different way in her adult life. For other people, dreaming is more about aspirations – they may want to travel the world or have a house by the sea. Whichever way the dreams are expressed, they provide a very strong focus for the rest of the process.

Step 4 - What are your nightmares?

Just as dreaming gives the group something to work towards, naming nightmares gives the group something to work away from. Although this step can be difficult for people, it is useful in allowing the group and the individual to express their fears and have them acknowledged. It may become clear that the person is very close to their nightmare now, or that the most likely service ‘solution’ such as putting them back into an institution would be a return to the nightmare.

The facilitator asks people to brainstorm the words which occur to them when they think of the person – words which sum up her character. This is often a very affirming process for the person and her family.

Step 6 - What are their gifts, strengths and talents?

The facilitator asks the group to describe the things which draw them to the person; the person’s gifts. The group go on to talk about the person’s strengths and talents. This step reverses the usual process of focusing on the person’s problems, and instead looks for the positive things that can be built on in the action plan.

Step 7 - What does the person need (to achieve the dream and avoid the nightmare)?

In this step, people start to think about the people and resources needed to help the person move towards their dream and away from their nightmare.

The Action Plan specifically sets out who will do what by when.

Bill‘s map was completed by his mum, dad, social worker, sister, uncle, cousin, keyworker, gran and psychologist. The following are extracts from his plan. 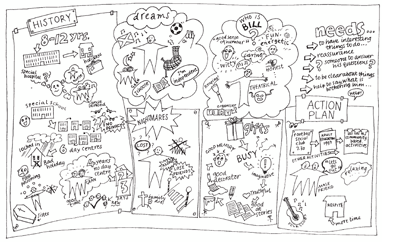 Between the ages of 8 and 12, Bill lived in a special hospital and came home in the holidays. His sister, Ethel, used to visit sometimes and his parents went down every fortnight. He remembers going to the park to watch football. Bill didn‘t know why he was in the hospital. He remembers some of the nurses and he also remembers singing Scottish songs with Uncle Desmond. When he came back from the hospital he attended a special school which he enjoyed. Since he left he has been to six different day centres.

Things began to go wrong when Bill felt that he could not get any privacy. One of the staff was reporting on him to his parents. This same member of staff locked him in a chalet when they went on holiday. That holiday was disastrous: Bill got food poisoning and remembers being treated like an outcast.

These incidents led to Bill‘s retiring from the centre for four years. During this time he was looked after by his Gran. They both enjoyed this and like a ‘good barny‘. However it was a difficult time for his mother. Sometimes Bill did not want to come home. She felt that she was juggling a lot and her sister died.

Eventually Bill returned to the day centre three days a week but recently he has not wanted to go. Things have got a bit better since they had a meeting about it at the centre. 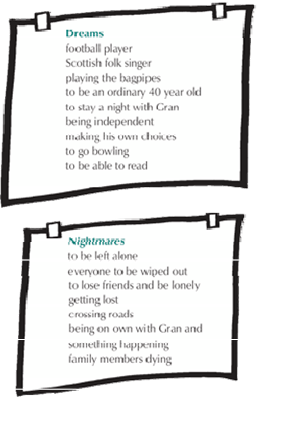 PATH can be used as a planning style with individuals and with organisations. 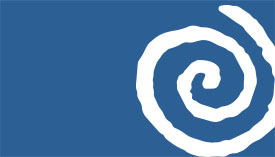 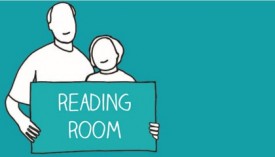